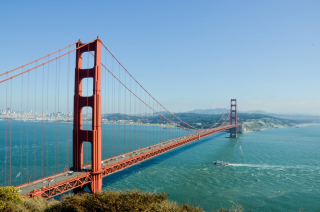 Register Now VMworld US in San Francisco is around the corner and it’s time to plan for it. Here are the top 10 reasons why you should attend this preeminent digital infrastructure event of the year. Hear Perspectives about what’s coming next in IT from top VMware leaders and industry experts in the industry. The post Top 10 Reasons to Attend VMworld 2019 US appeared first on Virtual Blocks.

Who would you like to see on stage during the key note at VMworld 2016?

I was recently thinkong about VMworlds keynote speakers this year. Personally I think I’d like to see Michael Dell take the stage, to tell us about Dell’s plans for VMware over the next three years. What about you? Who would you like to see on stage during one of the key notes?

And what subject would you like them to talk about, please respond by leaving me a reply? If you have other candidates you’d like to see and hear, please let me know too? 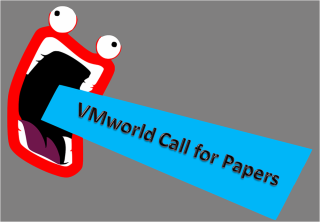 Can you believe it? VMworld 2016 is fast approaching! This year’s US event takes place August 28 – September 1, 2016 in Las Vegas at the Mandalay Bay Hotel and Convention Center. But before the event can kick off, VMware needs to issue a “Call for Papers” in order to build up its session list. And that’s exactly what they have done.

VMworld 2015 eerste ronde, READY FOR ANY!

VMworld 2015 first round, READY FOR ANY!

After the last PEX in San Francisco in February, it is now time for VMworld. Like last year, VMworld takes place at Moscone Center in San Francisco, California. I am very curious to see what will be announced this year. Last year my trip got cancelled a week before VMworld, this year I will not take part because of a wonderful reason, the birth of my son.

As the slides shown are really powerful, they kind of tell their own story…

The keynote opened with a nice movie about applications in the cloud.

After the intro movie, Carl Eschenbach took the stage, joined by some dancing cloud native apps which he chased away to start his key note.

This year has a record breaking amount of attendees, over 23000 on premises form 88 countries and another 50000 online watching the keynote.

It is all about these challenges:

Are you ready for “any”?

After Carl (yes, in jeans) Bill Fathers took the stage (in jeans too).

Raghu Raghuram took over and was joined by Yanbing Li. They announced EVO: SDDC

So, what does EVO: SDDC?

and so it enables the unified hybrid cloud…

After this announcement she then presented the tech preview Cross-cloud vMotion:

And that was quite cool. I remember the first vMotion demo and the first demo of Fault Tolerance and this kind of had the same impact… unfortunately it is still in tech preview…

They talked about the two pronged approach to containers: vSphere integrated containers and Photon for Cloud Native Apps.

Ray and Kit then announced a new platform, Photon.

Photon will become available in these ways:

The two approaches side by side:

The VMworld 2015 Call for Papers Is Open!

Yes, it’s that time of the year again… time to think about submitting a session proposal for one or both of the VMworlds. Do you like to present, are you active in your local VMUG? Do you want to share your storie, your experiences, your case study with the community? Have you integrated VMware solutions and technologies in an innovative or unconventional way? Do you have a compelling case study to share with VMware customers? If so, the Call for Papers is now open and we invite you to share your submission with the greater VMware community!

Before you begin, please review the Abstract Submission Guidelines for tips on preparing your titles and descriptions; this will help you avoid common pitfalls that lead to abstract rejections. And the competition is stiff, so do please be thoughtful and thorough when crafting your proposal. When ready, submit your VMworld 2015 session abstract here. All proposals must be submitted by April 28, 2015. Sorry, no exceptions. If your session is chosen, you’ll earn our gratitude, respect from your peers, and a discounted or free conference pass.

Not sure where to start? Browse these key areas of the 2015 agenda.

So after yesterdays kick off where we heard some new announcements (unfortunately not that many), it now is time for the second keynote. VMware veteran Carl Eschenbach, president and COO will look at how software-defined solutions have enabled real-world successes. Carl started with a quick recap of day 1, where Pat Gelsinger talked about a world getting increasingly more fluid, needing new business models and news ways of driving business value.

He talked about the path to the software defined enterprise, with the announcements of EVO:RAIL, OpenStack, vCloud Air data center in Germany, vCloud Air on Demand, the integrated workspace suite, the strategic partnerships with HP, SAP, Google, NVIDIA, Capgemini, HDS, CSC and PaloAlto networks and finally the vRealize Suite.

Carl introduced two customer showcases, SAP and Vodaphone. They told their story of the huge benefits they are getting from usingVMware technology to drive their business.

Then Raghu Raghuran entered the stage, VMware’s EVP for SDDC. He started with the statement “You are Team SDDC!” SDDC is the foundation for IT supporting current and new applications, a singke architecture working both on and off premise. To showcase this he called CTO Ben Fathi, to give a more in depth view in all the new announcements done yesterday and today.

Ben started with EVO:RAIL and told the audience that 50% of the Hands On Labs are actually running on EVO:RACK, EVO:RAIL’s big brother.

Raghu and Ben talked about the OpenStack announcement, and mentioned that is even integrated with vRealize Operations Manager.

Then the new innovations were discussed, the beta’s for vSMP Fault Tolerance, Application Mobility through the vMotion improvements in vSphere 6.

And finally Management by Policy through the vRealize Suite.

To top the keynote of, the new added functionality of vCloud Air was discussed and shown, like the improvements on vCloud Connector, now extending layer 2 networks through NSX.

And finally all attendees were erminded of Destination Give Back, to build a paper plane and to fly it to help generate money for charity.

A very interesting keynote, and I must say that, compared to the keynote speeches given in San Francisco, these were set up better, making more sense, with a more logical order.

It is all about the power of “AND”, VMware & You. Endless Possibilities. No Limits!